Lunch mistakes that are causing the 3pm slump

As the clock strikes three, you find yourself losing focus, your productivity heads south and cravings for carbs are intense. 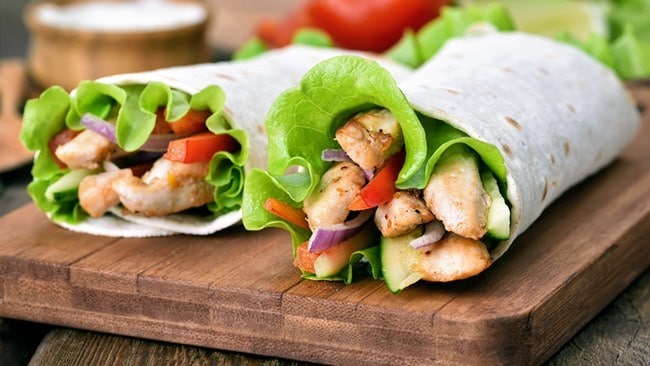 This story originally appeared on news.com.au, published here with permission.

Turns out how you planned your lunch hour may be the cause of this crash, or at least making it worse. Avoid these three common work lunch mistakes

For some, the “3pm slump” is a regular occurrence. In fact, our sleep signals peak at night and during the afternoon, which may explain why we want to grab an afternoon nanna nap. If taking sips of water or a trip to the bathroom doesn’t quite do the trick to overcome tiredness, you may want to consider a little lunch rehab.

It has been said that breakfast is the most important meal of the day, but I believe a midday meal ties for first place.

Invariably you hear “I’m too busy”, or “I’ve got too much work to do”. Fact is, your work productivity depends on a consistent and sustained supply of fuel to see you through the day.

If you skip lunch, expect a plethora of outcomes, including poor decision making, “hangry” mood, or expect to pig out at dinner — not so great for the waistline.

The fix: Packing lunch every day can be tough, but taking that little extra time to plan ahead wins hands down. Motivation is the first ingredient, and staying stocked up is paramount.

Make enough dinner for leftovers, have backup staples ready to go (chopped salad, tuna, wholegrain crackers), or if you typically have a sandwich, plan to keep half, and try eating it a little earlier than usual so you don’t get stuck in a bad situation.

YOU SKIMP ON CARBS

You love a good, nourishing salad. Thumbs up! But here’s the problem: If you’re just eating a salad with a lot of veggies and it’s low in carbs, your brain will turn to mush.

While you may feel satisfied momentarily, chances are you’ll crave the quickest source of energy you can get your hands later in the day (usually sugar), making it difficult to resist the vending machine or the biscuit jar.

Your brain relies heavily on carbs as its main source of fuel and study after study, on everyone from school kids, air pilots to the elderly show improvement on memory tests and cognition after eating carbs, especially slow-release carbs such as whole grains, legumes and vegies.

However, protein and fat have distinct roles in powering the brain and also critical to give carbs the extended energy boost.

The Fix: For a well-rounded power-packed lunch, include all three ingredients. Fibre — filled carbs to your salads, such as half a cup of chickpeas or a scoop of brown rice or quinoa; a protein source such as lean meat or fish, eggs, beans or nuts; and a healthy fat like olive oil or avocado.

YOU EAT AT YOUR DESK

While chowing down lunch in front of a screen shows commitment, “distracted eating” has its disadvantages beyond the crumbs between the keyboard cracks.

Mindlessly munching away while you check emails can be a habit that spills over into overeating. How many times have you eaten something, only to wonder where it all went?

The fix: Taking time to move away from your workspace is key, and even more pluses if you can get outside. Not only does this give you a true restorative break, it helps aid in satisfaction, which will prevent giving into afternoon cravings.

Each Wednesday Lauren Hannaford takes us through a gruelling work...

Things that only girls with big boobs will know

Apart from knowing when there is a 30 per cent chance it’s alrea...

Master Cleanse Diet - The What, When and How of This Detox Diet

What is the Master Cleanse Diet? This diet helps in cleansing the...

Want to kickstart your summer workouts? This circuit will have y...

If you desire to do a body detox cleanse then here is exactly wha...